Did you know Father’s Day was first observed in Spokane, WA in 1910? Cool story about an incredible, stand up dad. Happy Father’s Day to all the fabulous dads I know, especially my own. I love you Dad!

In 1909, Mrs. John B. Dodd, of Spokane Washington, first proposed the idea of a “father’s day”. Mrs. Dodd wanted a special day to honor her father, William Smart. William Smart, a Civil War veteran, was widowed when his wife died in childbirth with their sixth child. Mr. Smart was left to raise all his children alone on a rural farm in eastern Washington state.

The first Father’s Day was observed on June 19, 1910 in Spokane Washington. Mrs. Dodd wanted Father’s Day to be celebrated on the first Sunday in June, her father’s birthday. However, the Spokane council couldn’t get the resolution through the first reading until the third Sunday in June. At about the same time in various towns and cities across American other people were beginning to celebrate a “father’s day.” In 1924 President Calvin Coolidge supported the idea of a national Father’s Day. Finally in 1966 President Lyndon Johnson signed a presidential proclamation declaring the 3rd Sunday of June as Father’s Day. 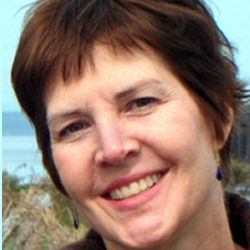 Cari
Cari Barron, owner and founder of Contractor Hotline, purchased a home in need of various repairs in 2002. The process to find a quality home remodeling contractor proved to be a complex challenge. The first-hand experience was the inspiration behind founding Contractor Hotline in 2006. Connect with her on Google+

Latest posts by Cari (see all)

We provide qualified recommended contractors for:

Prepare Your Home For Winter
How To Hire A Contractor - 8 Essential Steps
Home Energy Audit - Should You Get One?
Licensed, Bonded & Insured - What Does That Really Mean?